ALWAYS ON TOP ( Scroll down for recent postings )

.
Most Of the World’s Problems Result From a Plot Aimed at
“Letting the ‘Chosen People’ Control… the World”
.
.


Introduction
.
The Bosanski Pokret Nacionalnog Ponosa (Bosnian National Pride Movement), founded about two years ago, describes itself as a National Socialist (Nazi) movement championing white supremacy and Bosnian national revival. What differentiates the BPNP from other European neo-Nazi groups is that it was founded by, and is intended for, Muslim Bosnians – as evident from its spheres of operation, which are listed on its website. [1] Indeed, the site states that 95% of the group’s members are Muslim (though this is not a mandatory requirement for membership). The website also reveals that the group celebrates the Muslim-Nazi alliance during the Second World War: It reveres the Muslims who joined the Nazi war effort, and sees a role model in their leader, then-mufti of Jerusalem Hajj Amin Al-Husseini, who from 1941 through 1945 collaborated with the Nazi leadership and the SS.
It should be mentioned that unlike some EU countries, Bosnia does not ban Neo-Nazi groups or the use of Nazi symbols – enabling the organization to operate and circulate its materials with impunity.
This report will review the organization’s ideology, as described on its site.
.


The Ideology of the BPNP
.
The BPNP website, which has sections in Bosnian and English, states that the organization’s ideology is based on the doctrine of Nazi propaganda minister Joseph Goebbels, as set out in his manifesto The NAZI-SOZI: Questions and Answers for Nationalist Socialists (1932). A section on the site is features the “Ten Commandments for National Socialists,” which is part of this manifesto, adapted for the current circumstances in Bosnia and Herzegovina. Another section on the site, headed “BNPM Attitudes,” stresses Bosnian nationalism and lists the ideologies the group rejects, which include communism, capitalism, Islamism and also Zionism, which, according to the site, is striving for world domination. The section, written in English, states:
“We are against alliances and unions whose purpose is establishment and protection of the new world order (EU as continental union and NATO as a global army). Bosnia must be a free nation with its own army which is always ready to defend the country’s sovereignty, [and which] opposes [the] globalization policy which is being forced by Zionist structures with just one purpose – [the] creation of one world government which will allow the ‘gray eminence’[2] to rule the world.
“Ideologies that are not welcome in Bosnia are: Zionism, Islamism, communism, capitalism. The only ideology good for us is Bosnian nationalism because it secures national prosperity and social justice…”
The inclusion of “Islamism” among the rejected ideologies is noteworthy. As mentioned, the site states that 95% of the group’s members are Muslim (the other 5% being Bogomils – members of a Gnostic Christian sect that advocates a return to early Christianity). However, the site also stresses that religious affiliation is irrelevant to membership in the organization, which champions white supremacy, and that the organization does not consider religious clerics and institutions as sources of authority. In fact, it states that Bosnia’s religious establishment, and its leader, the Chief Mufti, lack any legitimacy, for they are tools through which the EU and the international community are destroying the national fabric of Bosnia. In terms of religious sentiments, the organization seems to sympathize with the Creativity Movement, a nontheistic modern religion that many white supremacist groups embrace as “the white man’s religion.”
In addition to rejecting Zionists, communists, capitalists and Islamists, the organization also expresses hostility towards other groups despised by the Nazis, namely homosexuals, gypsies and blacks.
The section titled “literature” features links to texts by Adolf Hitler, Joseph Goebbels, Benito Mussolini, Reinhard Heydrich (a senior commander in the SS and one of the main architects of the Holocaust), and Alfred Rosenberg (a Nazi leader and Reich Minister for the Occupied Eastern Territories), as well as articles about the SS and The Protocols of the Elders of Zion, literature about the evil influence of the Freemasons, and various texts on race theory and white supremacy.[4] The site’s photo gallery includes images relating to various topics that concern the group, including “BPNP propaganda,” “campaigns,” “enemies,” and Bosnian history.
As for the group’s activities, they seem to be confined, so far, to operating the website, circulating propaganda fliers, spray-painting slogans, and holding clandestine meetings of the group members, who, according to the site, are “very carefully screened.”
.
Read more HERE
.
at 3/28/2012 02:31:00 PM 0 comments Ninety-five percent of its members are Muslim.
“The Jews have immense influence throughout the world—in [the domains of] politics, economy, culture, and religion,” the group writes on its website. “Freedom of speech is granted to a handful of ‘privileged’ politicians, journalists and functionaries that are puppets of the Zionist mechanism.”

According to the Middle East Media Research Institute (MEMRI), this group reveres the alliance between Muslims and Nazis during World War II. Bosnia now bans Neo-Nazi groups, as do many other European nations in the wake of the Holocaust. 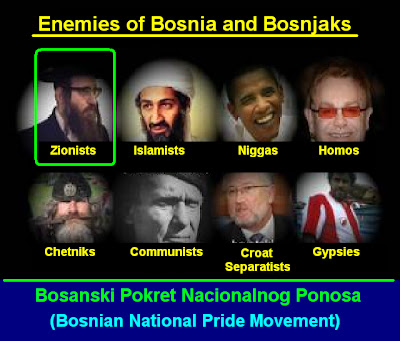 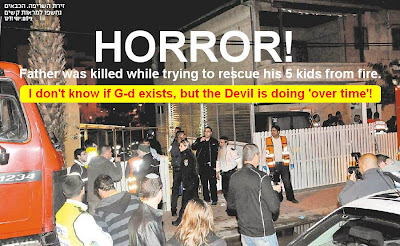 Hitler on his soap box...

Hitler being used to sell Shampoo in Turkey


It’s an insane world when the same left that is outraged when Rush Limbaugh calls Sandra Fluke a “slut” is conspicuously silent when Hitler is used to sell shampoo in Turkey.
Via Der Spiegel:


A Turkish cosmetics company is under fire for featuring Adolf Hitler in a television advert for men’s shampoo, but it continues to run on the country’s state television network despite widespread outrage.
The 12-second commercial shows black-and-white footage of Hitler delivering an impassioned speech, dubbed with a high-pitched voice screaming the following words in clipped Turkish:
“Why are you using woman’s shampoo if you’re not wearing a woman’s dress?
Now there’s the hundred percent men’s shampoo Biomen. A real man uses Biomen.”

Put simply, there is no way to spin this. The truth (yes, it’s a concept foreign to so many these days) is that Hitler is immensely popular in Turkey. Mein Kampf has been flying off the shelves for years there. The reason he’s used in this ad is the same reason popular celebrities are used to sell ads in the United States. If someone who is revered endorses a product, that person is connected to the product. Therefore, if someone who is revered is connected to a product, the value of that product rises.
As we’ve been saying for years now, Turkey is ground zero for the evil that is about to befall the world and here is the latest exhibit…

.
"This video is just the latest example of the use of Holocaust imagery in some countries to sell commercial products, which has contributed to the trivialization of and desensitization to the unparalleled horrors of the Holocaust,"
ADL National Director Abraham Foxman said.
.
at 3/27/2012 12:47:00 AM 0 comments

How do you say "Kussit" in English?

Sherlock Holmes and Dr. Watson went camping in the forest. After a good dinner and a bottle of wine, they went to sleep in the tent.
Several hours later, Holmes awoke and nudged his faithful friend, Watson.
"Look at the sky and tell me what you see."
Watson answered: "I see millions and millions of stars."
"And what does that tell you?"
Watson thought a minute and answered: "Astronomically, that tells me that there are potentially billions of planets. Astrologically, I see that Saturn is in Leo. Chronologically, I deduce that it is approximately three ten AM. Theologically, I see that God is all powerful and that we are small and insignificant. Meteorologically I suspect that we shall have a beautiful day tomorrow."
Holmes was quiet for a minute and then said:
"Watson, you are an idiot. Someone stole our tent."
.

"Z" said...
.
Mr. Munch, I think somebody's stolen OUR tent when WE weren't looking, right?
I want my country back!
I'm sure this country's never been more racially divided since Obama...remember when he was going to make everything better? ptui  great painting, Mr. AOW....what a very sad realization that the content is so true.

.
Dear "Z",
.
1 - Always call me Alex... Please!
2 - You are not alone whose country was stolen!
I'm screaming my lungs out for years - "They stole me my country!"
A&J, (my twins) :- "You are an old crazy man! Who are 'THEY'?
The 'Penguins'! The Tycoons! The misfit opportunists in the Knesset! I shout back.
For whom/what are you going to vote for the second time in your life? I asked.
.

No wisteling and no CATS! (Only) 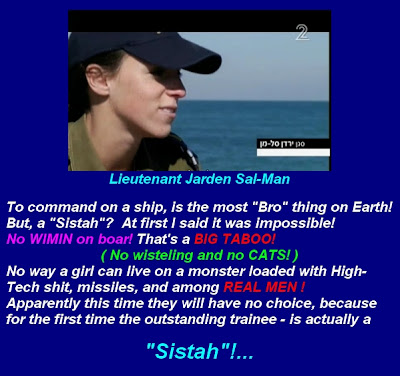 The attack on the rue Copernic, Paris
16, October 1980.
.
Synagogues and schools burned, assaulted students or religious ...
In recent years, several Jewish institutions were under attack.
.
March 19, 2012 Otzar Hatorah college-high school  -Toulouse, a killer on scooter opened fire, killing four people including three children, and seriously injured teenager.
September 8, 2009: Fire bomb, launched against a Jewish school in Marseille, causing damage.
January 5, 2009: a car, thrown against the gate of a synagogue in Toulouse, is burned.
April 19, 2007: Rabbi of the Nord-Pas de Calais, Elie Dahan, was beaten by a young man.
May 25, 2005: 3 bottles of hydrochloric acid threwen on a Jewish school in the 18th district in Paris.
November 15, 2003: Jewish school was devastated by fire in Gagny .
. Jewish school totally destroyed by fire in Gagny,
November 15, 2003.
October 17, 2003: Rabbi Michel Tzarfaty was hit in the face in Ris-Orangis.
July 8, 2003: Students of Chabad school in Paris attacked with iron bars.
March 22, 2003: Two members of the Hashomer Hatzair movement assaulted in Paris (III).
April 10, 2002: School bus stoned in rue Piat, Paris (XX), a student was slightly injured.
April 10, 2002: Fourteen players from the Maccabi Association were attacked in Bondy, with blows from sticks and bars.
April 1, 2002: Gold Aviv synagogue in Marseille was destroyed by Molotov cocktails.
December 31, 2001: A class in Otzar Hatorah school in Creteil is destroyed by arson.
September 8, 1995: 14 wounded in explosion of a car bomb in front of the Jewish School of Lyon Villeurbanne (Rhône)
March 29, 1985:  18 wounded in an explosion in The Rivoli Beaubourg cinema Paris, at the International Festival of Jewish Film.
September 17, 1982: An Israeli diplomat was seriously injured (+ 51 wounded) by car bomb, in Cardinet street 17th district Paris. The attack, claimed by the Lebanese Armed Revolutionary Fraction.
August 9, 1982: Rue des Rosiers, Paris IV, a squad of five men opened fire and threw grenades into the Goldenberg restaurant: six killed and 22 wounded. This is the worst anti-Semitic attack in France since the Liberation.
. Jo Goldenberg deli , rue des Rosiers - Paris.
August 9, 1982
.
April 3, 1982: Avenue Ferdinand Buisson, Paris XVI, the Israeli diplomat Yacov Barsimantov was murdered in his apartment.
October 3, 1980: rue Copernic, Paris XVI, a bomb in the bag of a motorcycle exploded outside the synagogue - four dead and nine wounded.
March 27, 1979: Street Medicis, Paris VI, an 33 Israelis injured by explosion in a building, after the signing of the peace treaty between Israel and Egypt.
May 20, 1978: at Orly airport, three men opened fire in the lounge of El Al, killing four and wounding five. Attack claimed by an unknown Lebanese organization "The sons of Lebanon."
. Thank you my friend! 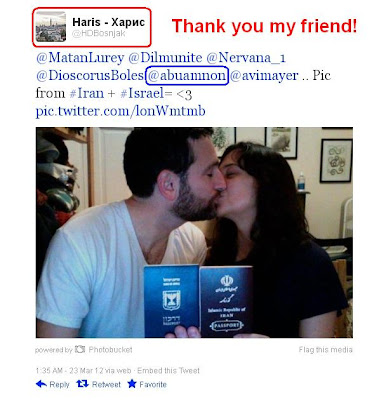 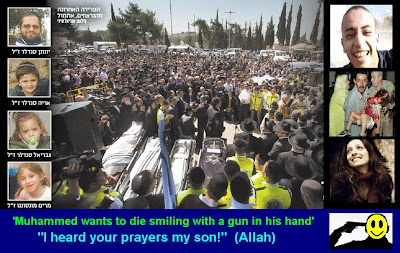 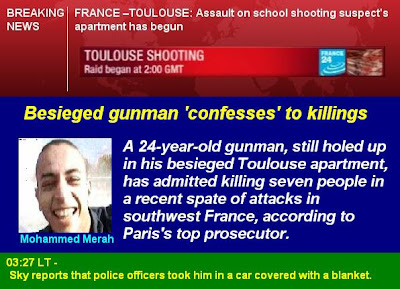 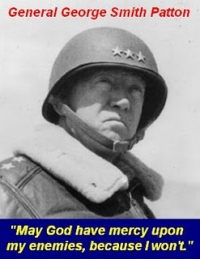 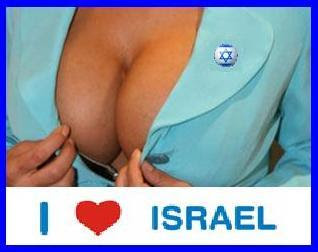 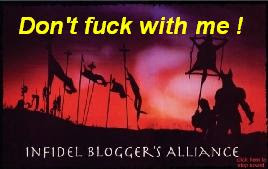 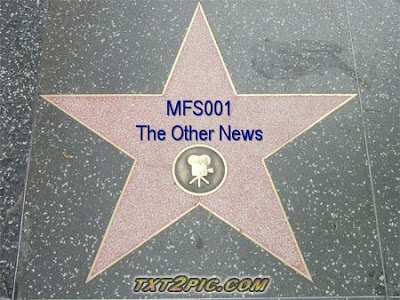 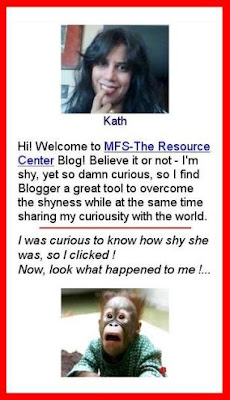 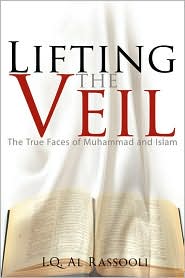